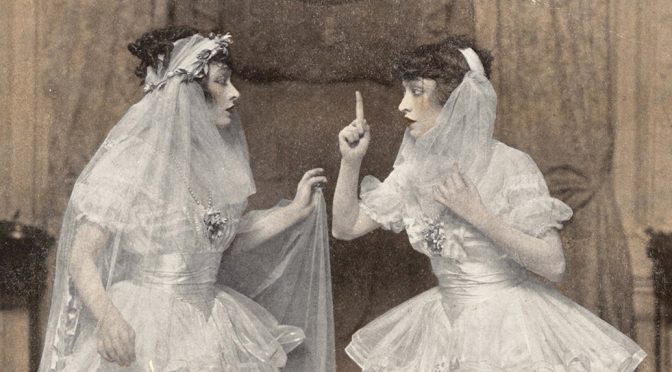 ‘You can’t tell one apart from the other. In conversational ability they are as entertaining as they are with their tootsies. No prettier, smarter, clever people were born than these two girls… the most charming tots on the American stage…. they have proven themselves a box office asset… greater things will be heard…’ Unidentified 1916 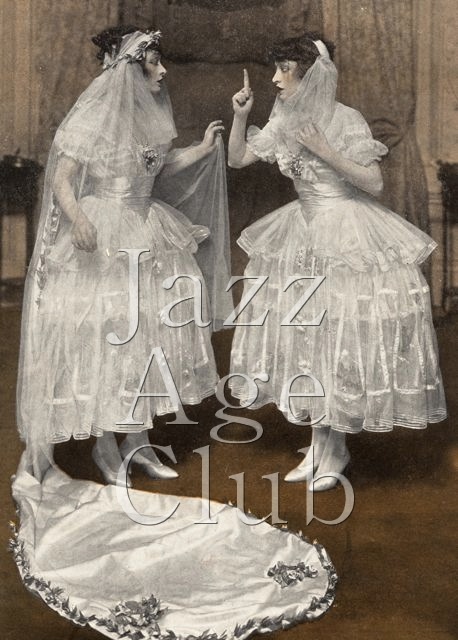 It is generally claimed that the Dolly Sisters made their debut at Keith’s Union Square Theatre in 1909. In fact they had already made a splash elsewhere touring with Gertrude Hoffman and then on their own in Cuba in 1906. This was followed by a show in Madison Square Roof Garden (1907) and regional vaudeville tours. They were spotted one night by Lee Shubert who gave them their first big Broadway break putting them into his show Midnight Sons (1909). Some critics said they could not sing and rarely changed their dance routines but nevertheless they had a certain tantilising sparkle that ensured stardom.

The great Florenz Ziegfeld saw them and hired them for his 1911 Follies in which they made their mark in New York. Further successes continued with The Winsome Widow (1912) and The Merry Countess (1912). But with their 20th birthday in October 1912 change was in the air. It was decided that they should perform separately. The official reason was professional neccessity, but significantly, within two years both married, we are told, for love. Rosie to songwriter Jean Schwartz (1913) and then Jenny to comedian and entertainer Harry Fox (1914). Separation was difficult but individual appearances followed in legitimate stage productions, vaudeville acts and the movies. They were re-united on the stage in Ziegfeld’s Midnight Frolic (1916), His Bridal Night (1916) and Oh Look (1918) and also appeared together in the aptly titled movie The Million Dollar Dollies (1918).

During this time they were close friends with the elite of Broadway and Hollywood and became the essential prerequisite for any Broadway festivity. However, none of their friends was more important than the millionaire Diamond Jim Brady who indulged their every whim and taught them the art of a flutter with the horses. Despite their poor husbands they had begun to learn why a man with a cheque book was such a necessity.

The new book The Dolly Sisters in Pictures

All images and content must not be reproduced without prior consent.
All images are under licence to the Mary Evans Picture library for commercial re-use.