One of the earliest ground breaking British silent films from Herbert Wilcox and Graham Cutts was The Flames of Passion starring the American actress Mae Marsh and a solid British cast.

Herbert Wilcox formed the production company of Graham-Wilcox with the director Graham Cutts in late 1921 or early 1922.  Cutts had already made Cocaine, which, because of its rather provocative and sensational title and thus censorship issues, was re-titled While London Sleeps and was given a trade show in July 1922. His next film, The Wonderful Story, was trade shown in May 1922 under the new company. 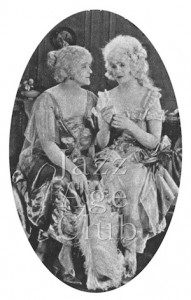 For their next project  – Flames of Passion – Graham-Wilcox productions took a lease on the whole of the huge and vacant Famous Players Lasky studio at Islington and agreed to import the American actress Mae Marsh as the lead. Mae Marsh (in real life Mrs Mary Arms) was a D.W. Griffith star of such films as Intolerance and The White Rose and arrived in Southampon with her husband Louis and child Mary aboard Mauretania from New York 3rd July 1922. At Waterloo she was greeted with huge crowds estimated to be in the region of 100,000. Filming began in earnest thereafter at the height of the summer.

Cutts said he was going to make Flames of Passion as lavish as The Wonderful Story was simple with a budget of £45,000. He made it clear that the all star cast had been chosen after a lot of consideration and only when they felt sure that the artists were entirely suited to the parts selected for them. ‘Cutts is a firm believer in the policy that it pays to engage artistes first and foremost for their suitability to portray a given role. Should they possess names which are of value to the box office in addition so much the better. A name alone would not induce Cutts to engage an artist.’

Needless to say Mae Marsh’s name was a huge asset and Pictures and Picturegoer observed that ‘the cast consists of both British and American artistes which is in pursuance of the new idea of blending the talent of both countries in order to arouse international interest in the picture.’

The film was based on an original story especially written for the screen by Herbert Wilcox and his wife and was described as powerful, dramatic and with a universal appeal. However, it was a lurid tale in essence about baby murder reflecting high and low life.

Dorothy Forbes  (Mae Marsh) was the daughter of John Forbes (Allan Aynesworth), a wealthy man but was neglected. When she arrived home from school she found herself left to her own resources. She became friendly with her father’s chauffeur Henry Watson (Herbert Langley). But things go too far and they became far too intimately connected and eventually she found out that she was pregnant. She confided in her practical and worldy wise aunt (Eva Moore) who managed to make arrangements to keep the birth of the baby secret. Dorothy retires to the country for the birth of the child. It is put out to nurse and she returns home. She pines for the baby and it is brought from its original foster parents. 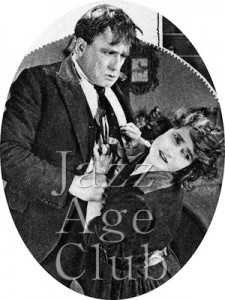 Meantime, the chauffeur is still besotted with Dorothy. He sinks considerably lower and spent his spare time bullying his wife Kate (Hilda Bayley) and getting drunk and he is dismissed as the chauffeur. His wife begs that he be reinstated but the request is refused. However, the aunt gives her the child to look after saying it belongs to some friends of hers who have gone to India. Meanwhile, Richard Hawke (C. Aubrey Smith), a famous barrister falls in love with Dorothy Forbes and marries her. She keeps her secret to herself. In a drunken fit the chauffeur kills the child not knowing that it was his. The barrister, Richard Hawke, is counsel for the prosecution and his wife in an agony of fear that he will find out or that the murderer will escape, confesses all. He then calls her as a witness to prove the motive for the murder. He forgives his wife but gives up his career. The last scene shows the couple in a rural retreat, happy in their love and family.

Exterior shots took place at Goodwood, Henley, Maidenhead, Cowes and other society rendezvous, and the two major interior scenes took place in a ballroom and the Old Bailey. At the finale and the ballroom scene, the film burst into colour – described as Prizma colour – similar to the other films made in the same year by John Stuart Blackton.

All the gowns for Mae Marsh, and possibly the other leading ladies, were created especially by Lucile, the world famous couturier. Mae Marsh explained  ‘I always have my clothes made at Lucile’s in New York, they understand my personality and now they are just as charming here.’  She had between 20-25 costume changes and had to endure countless hours in dress fitting operations at Lucile’s establishment.

Overall, it was highly regarded by the trade press for staging, direction and acting. Motion Picture Studio described it as an ‘excellent production’, Kineweekly thought it ‘was undoubtedly the most ambitious and successful British picture attempted and is quite comparable with any foreign standard’ and Variety ‘a capital entertainment’ that would become ‘exceedingly popular.’ Although Variety thought that the production was masterly and the photography brilliant, it did not approach ‘the art or value of the same producers The Wonderful Story.’

Pictures and Picturegoer  wrote ‘although one realizes that the film is only holding up a mirror to the shadier side of life, it has much of the gripping power that is inspired by a real murder trail…There are lighter moment in the film which help forget the somewhat gloomy nature of the story.’

There was severe criticism of the story that was regarded as slight and thin, not particular strong and rather unpleasant. Kineweekly thought it crude and sordid with more than a touch of melodrama and full of improbabilities and implausible plotlines. ‘It has so many unconvincing turns to the plot that it loses interest as a story and only holds the attention by the excellence of the acting’ and added ‘it is a pity that the skill and care bestowed on the picture could not have been given a worthier object that the story chosen.’  Variety thought it an ‘ordinary story and by no means strong enough but the subject is well and carefully handled.’

The exteriors and interiors were highly praised especially the replica of the Old Bailey which Kineweekly thought was  ‘outstanding’ and  Picturegoer thought that it reflected ‘a wealth of grim realism.’ But the fancy dress ball in the ballroom scene was criticized by the attempt to colourise it as it distorted the beauty of the scene that contained a slightly incongruent ballet sequence staged by Miss Purcell, a celebrated terpsichorean instructress,

There were glowing comments about the acting with one or two slight reservations. Mae Marsh was admired for acting with feeling and a real sense of what was required. In her ingenue scenes as a light, frivolous girl she was unapproachable but there were doubts about her keeping up to the standard in the heavier scenes. Hilda Bayley had an exceedingly difficult part but acquited herself admirably. She evidenced sympathetic insight into the character and her performance had finesse which made it a pleasure to behold.  Herbert Langley was a little too heavy in his bad man part but his performance was polished and Eva Moore played the aunt with all her usual grace and charm. 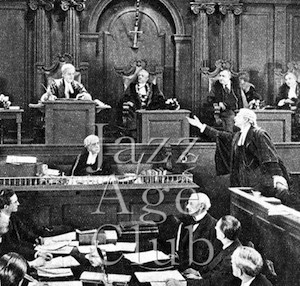 The courtroom scene in The Flames of Passion (1922)

Toward the end of August 1922, a farewell dinner was held at the Criterion Restaurant where Mae Marsh was the guest of honour. During the evening Herbert Wilcox announced that he had purchased the film rights of Paddy the Next Best Thing and everyone agreed that Mae Marsh would be ideal as Paddy.  She left Southampton aboard Olympic and arrived in back in New York 30th August 1922.

Flames of Passion was given a premiere at the New Oxford Theatre on10th November 1922 and was a big success, making a substantial profit especially after it was sold to America.  Wilcox thought that it was the first British film to be sold to the USA after World War 1.